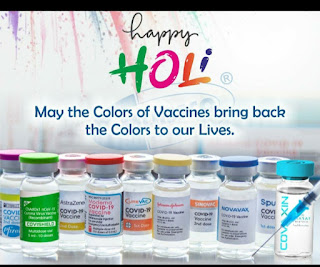 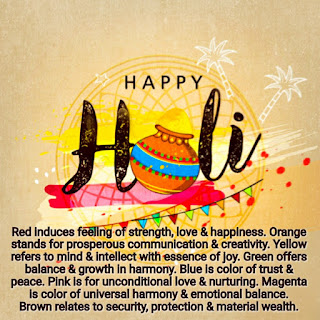 Colors of Holi Festival
Have a special meaning this year!
Posted by Shurbhi.in at 13:18 No comments: 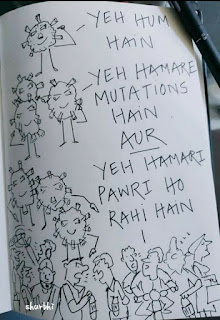 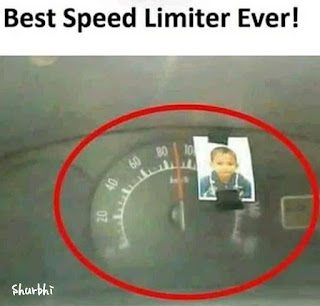 This driver keeps his kid's photograph on the speedometer to keep his speed.
Posted by Shurbhi.in at 11:26 No comments: 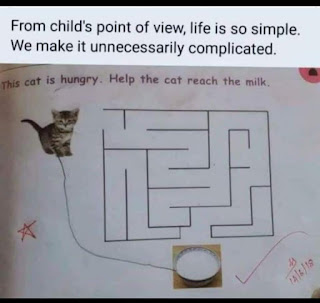 Life is so simple from the point of view of a child.
We make it unnecessarily complicated.
Even the teacher has given it a Star.
Posted by Shurbhi.in at 18:13 No comments:

*The Abundance Principle*
Once a man got lost in a desert. The water in his flask had run out two days ago, and he was on his last legs. He knew that if he didn't get some water soon, he would surely die. The man saw a small hut ahead of him. He thought it would be a mirage or maybe a hallucination, but having no other option, he moved toward it. As he got closer, he realized it was quite real. So he dragged his tired body to the door with the last of his strength.
The hut was not occupied and seemed like it had been abandoned for quite some time. The man entered into it, hoping against hope that he might find water inside.
His heart skipped a beat when he saw what was in the hut - a water hand pump...... It had a pipe going down through the floor, perhaps tapping a source of water deep under-ground.
He began working the hand pump, but no water came out. He kept at it and still nothing happened. Finally he gave up from exhaustion and frustration. He threw up his hands in despair. It looked as if he was going to die after all.
Then the man noticed a bottle in one corner of the hut. It was filled with water and corked up to prevent evaporation.
He uncorked the bottle and was about to gulp down the sweet life-giving water, when he noticed a piece of paper attached to it. Handwriting on the paper read : "Use this water to start the pump. Don't forget to fill the bottle when you're done."
He had a dilemma. He could follow the instruction and pour the water into the pump, or he could ignore it and just drink the water.
What to do? If he let the water go into the pump, what assurance did he have that it would work? What if the pump malfunctioned? What if the pipe had a leak? What if the underground reservoir had long dried up?
But then... maybe the instruction was correct. Should he risk it? If it turned out to be false, he would be throwing away the last water he would ever see.
Hands trembling, he poured the water into the pump. Then he closed his eyes, said a prayer, and started working the pump.
He heard a gurgling sound, and then water came gushing out, more than he could possibly use. He luxuriated in the cool and refreshing stream. He was going to live!
After drinking his fill and feeling much better, he looked around the hut. He found a pencil and a map of the region. The map showed that he was still far away from civilization, but at least now he knew where he was and which direction to go.
He filled his flask for the journey ahead. He also filled the bottle and put the cork back in. Before leaving the hut, he added his own writing below the instruction: "Believe me, it works!"
This story is all about life. It teaches us that We must GIVE  before We can RECEIVE Abundantly.
More importantly, it also teaches that FAITH plays an important role in GIVING.
The man did not know if his action would be rewarded, but he proceeded regardless.
Without knowing what to expect, he made a Leap of Faith.
Water in this story represents the Good things in Life
Give life some "Water" to Work with, and it will RETURN _far more than you put in_.........!!!
Have an abundant year ahead.
Posted by Shurbhi.in at 12:19 No comments:

Five doctors went on a duck hunt: a GP , a Physician, a radiologist,  a Surgeon & a Pathologist .
After a while  a bird came winging overhead , the GP raised his shotgun but didn't shoot and said "I think its a duck,but needs a second opinion..so let the physician shoot.."
The Physician also raised his gun and said.."Its a duck..but the other possibilities should be considered such as a hypertrophied sparrow or an atrophied ostrich..."
Radiologist quickly scanned the situation and mumbled.. ".. It can be a duck, a sparrow or an ostrich or even a hen ..however,  Please correlate clinically.."
The surgeon was the only one who shot . Boom !!!!  He blew it away . Then he turned to the pathologist & said  ,  " Go  and confirm whether thats  a  duck ."
The pathologist slowly  approached the bird cooked it and ate it then he said...
"Specimen inadequate..."
Posted by Shurbhi.in at 18:52 No comments: