It is often used in public life by every known politician, scientist, bizman, activists.... 😟😳
Well, the word was coined by a journalist to honor the school boy who conducted an  experiment to explain the hazards of a chemical -DHMO.

Here's the story:
_In 1997, 14 year old *Nathan Zohner* presented his science fair project to his classmates, seeking to ban a highly toxic chemical *DHMO (Dihydrogen monoxide)* from it's everyday use._ 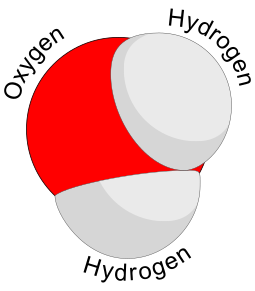 _Throughout his presentation, Zohner provided his audience scientifically correct evidence as to why this chemical - dihydrogen monoxide  should be banned.....:-_
*_1. Causes severe burns while it's in gas form._*
*_2. Causes excessive urination and bloating if consumed.... also, it can be fatal on extended withdrawal_*
*_3. Is commonly found in tumors, acid rain etc._*
*_4. Corrodes and rusts metal killing countless amounts of people... annually_*

*_Finally, he asked his classmates if they actually wanted to ban DHMO..... and 43 out of the 50 children present voted to ban this clearly toxic chemical._*

DHMO or dihydrogen monoxide is not toxic and is commonly known as *WATER.*

Nathan Zohner's experiment wasn't a legitimate attempt to ban water, but instead an experiment to indicate :
*how gullible people can really be.*

While all of the points mentioned were *100% factually correct;* he just skewed all of them in his favour... *leading to FALSE CONCLUSIONS*

This occurs a lot more often than you think, especially when politicians, conspiracy theorists, etc., use proven facts to persuade people into believing false claims.

The fact that people can mislead and be misled so easily, is highly unsettling. The same applies to various products and services you buy.
Did you know this👆?